“When you think of the phenomenal story-tellers of yesteryear like Bob Dylan, Paul Simon, or James Taylor, Gordon Thomas Ward would be in that same vein for Today. Gordon Thomas Ward is setting the gold standard for singer/songwriters for generations to come.”

“Few make as immediate and impassioned an impact as Gordon Thomas Ward manages to do... Evoking a heartfelt sound reminiscent of Dan Fogelberg in particular.”

From: Winter Harbor, ME

SHORT BIO
Gordon Thomas Ward is a GRAMMY-balloted, award-winning, multidimensional artist with four #1 charted songs and other compositions that have charted in the U.S. and abroad. He's worked with notable musicians such as Eric Troyer and Mik Kaminski (Electric Light Orchestra, and The Orchestra), ​Kevin Barry (Jackson Browne, James Taylor), Abbie Gardner, and Jud Caswell, and he's shared the stage and billing with Natalie Merchant, Christine Lavin, and Bill Staines. Gordon is a storyteller whose songs occupy a space filled with honesty, imagery, and emotion. He will soon be releasing Whispers from the Woods, his fourth album. Matheson's Entertainment Blog says his music "Will grab you by the heart and never let go," and Vents Magazine calls his work, "In a word: liberating."

LONG BIO
Dubbed “the total package” by his fans, GRAMMY-balloted, award-winning, multidimensional and recording artist Gordon Thomas Ward tours as a solo performer with four charting #1 songs. He's charted in the Radio Guitar One Acoustic Top 30 and the Roots Music Report charts. Gordon's songs and records have also soared in the Folk Music Charts, the Euro Indie Music Chart, DRT Global Adult Contemporary Airplay Chart, DRT Global Top 150 Country Airplay Chart, and more! His song stylings have been influenced by the singer-songwriters of the late 1960s through the 1970s, yet Gordon's songs occupy a space all their own filled with honesty, emotion, and personal politics from time to time.

Gordon is, at heart, a storyteller who paints musical portraits that plumb the depths of our emotions and bring the past to life while pointing to a hope-filled future. His listeners travel mystical and historical roads, winding through lush, sonic landscapes. Employing his experience as a teacher, writer, paranormal investigator, storyteller, group facilitator, and radio host, it’s no wonder that his fans often comment on Gordon’s knack for establishing an endearing relationship with them through his extraordinary and captivating words and music, which fit into the contemporary folk rock, adult alternative, and Americana genres. Matheson’s Entertainment Blog says his music “Will grab you by the heart and never let go.” At the end of his performances, audiences leave inspired, and Vents Magazine calls his work, "In a word: liberating."

Utilizing a variety of instruments in his shows, including six-, eight-, and twelve-string guitars and an eight-string Walkabout dulcimer, results in a varied spectrum of tonal colors. His songs have led him to work with notable musicians such as Abbie Gardner, Jud Caswell, Eric Troyer and Mik Kaminski (Electric Light Orchestra, and The Orchestra), ​Kevin Barry (Jackson Browne, James Taylor), William J. Hall, Caroline Cotter, share the stage and billing with Natalie Merchant and Christine Lavin, and open for noted singer-songwriter Bill Staines. Gordon’s first album Welcome to the Past was released in 2013. His celebrated, GRAMMY-balloted record Providence was released on August 30, 2018. Gordon followed that up with the release of his much-anticipated, critically acclaimed, double album titled Eiderdown on May 1, 2020, which has charted as the #1 folk record, both nationally and in Maine, and as the #3 alternative folk record in the nation. Eiderdown also spawned three #1 songs: "Dreams," "Long, Long Ago," and "Just for You." Gordon's new album Whispers from the Woods was released on September 1, 2022, and charted as the #4 alternative folk album in the nation. It was also nominated by a panel of jurors from around the world for the 6th annual Blues & Roots Radio Worldwide Album of The Year Award!

Gordon has written songs for documentary film, historical events and celebrations, and The United States World War One Centennial Commission. He is a voting member of the Recording Academy and, as the author of five books, is no stranger to television and radio, and has performed at many festivals and venues, including several appearances at Musikfest in Bethlehem, PA. He's even appeared on stage in the role of a troubadour in Gioachino Rossini's opera The Barber of Seville and Die Fledermaus by Johann Strauss II. Additionally, he's often been "Artist of the Week" on radio, received enthusiastic reviews by prominent music critics, and highlighted in media articles. As an artist interested in social issues, Gordon produced and performed in a Concert Across America to End Gun Violence in 2016 and 2018.

FOR BOOKINGS, please see the bottom of this page or visit Gordon’s CONTACT PAGE. 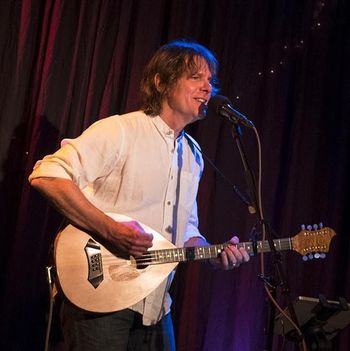 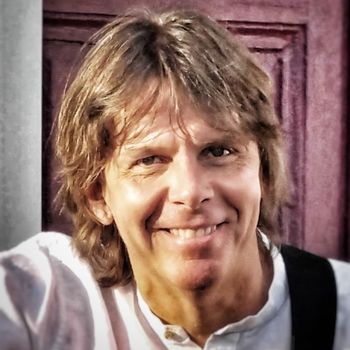 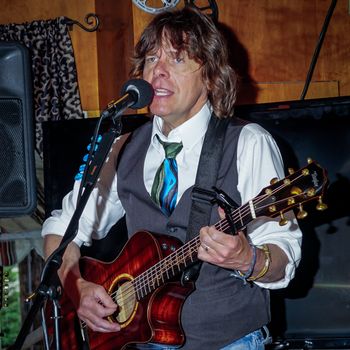 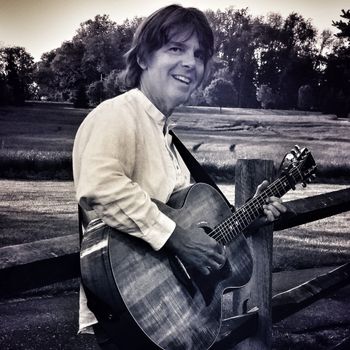 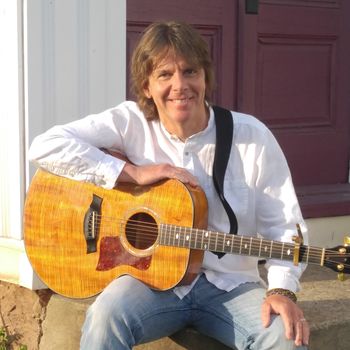 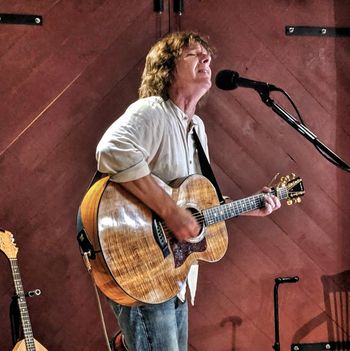 "When you think of the phenomenal story-tellers of yesteryear like Bob Dylan, Paul Simon, or James Taylor, Gordon Thomas Ward would be in that same vein for today. This multi-dimensional artist takes listeners on a lyrical journey on his new 2-Volume set called Eiderdown. Gordon Thomas Ward is setting the gold standard for singer/songwriters for generations to come." ~ Jimmy Rae, Skope Magazine

"[Eiderdown is] an album that burns with anger, beats with compassion and radiates with hope;
it couldn’t come at a better time." ~ Mike Davies, Folking.com

“Will grab you by the heart and never let go.” ~ Matheson’s Entertainment Blog